VGA was recognized by Coleman McCarthy in 1992 as “a school of alternatives, the main one being the love offered by the teachers and appreciated by the students.” 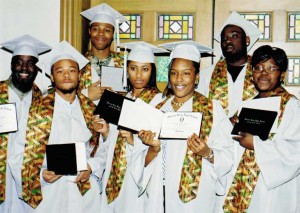 Vincent Gray Academy began in 1980 under the leadership of two Marianist Brothers, John Laudenbach and Larry McBride, and a School Sister of Notre Dame, Carolyn Sur.

VGA is a private, independent, non-denominational and not-for-profit (501c3) high school. The school was founded to respond to the needs of the youth of the area. VGA has been providing free education to at-risk students of the East St. Louis Area for the past 35 years.

Since 1980 VGA has continued to fulfill its original mission to offer education to poor young men and women who have been unsuccessful in the traditional high school setting. Our students who receive high school diplomas are recognized by the Illinois State Board of Education. We have always been supported with funds from foundations, corporations, Federal Title I, II, and XX funds, faith-based organizations, and individual donors.

Over our time of service to the East St. Louis area, VGA has operated out of donated or leased space. In 2009 the school purchased the building at 1048 State Street and continues there today.

Since 1980, more than 425 young people who were deemed uneducable have graduated from our school. Vincent Gray Academy gives reason to hope and persevere, while at the same time trying to convince students that they are important in this society. It is our priority to teach them to believe in themselves. 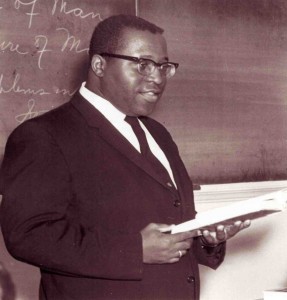 The school bears the name of an outstanding African-American high school teacher who inspired many students while ministering in St. Louis some years ago.  Vincent Gray was born near Detroit in 1930. In 1949 he joined a religious order called the Marianists.  Brother Vincent earned college degrees from St. Mary’s University in San Antonio and from DePaul University in Chicago. His productive career as a secondary school teacher serves as an inspiration to the staff and students at Vincent Gray Academy.